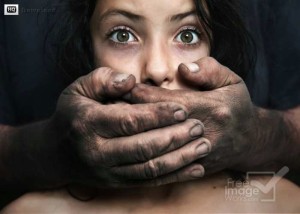 I know this may sound a little weird to ask but, let me explain why I do.  Recently I conducted a survey of clients I see periodically and found that around six out of ten of these clients had been abused or molested as a child…….six out of ten!  Now this is obviously not a national or official report but still worth noting.  For me, I’ve been in a state of shock to find it so common in our society.  I guarantee that you know someone that has been abused or that has abused.

It’s said that not all that have been abused turn out to become abusers but those that do abuse have most likely been abused.  I’ve written about this before but it just won’t go away.  The scary part about it is that most that have been abused are too afraid or embarrassed to talk about it, so that means that there are tons more that go unaccounted for.  It really breaks my heart into pieces to imagine anyone having to experience such atrocities.  This behavior is akin to a virus, once you’re infected, you’ll most likely infect someone else too.

Even for those that are able to maintain a somewhat normal existence, it becomes a burden on any relationship they have; friends, family.  The people around them just think the person is crazy or is just like that but that’s not always the case.  The person even believes that this is just their normal behavior and everyone should stop being so sensitive.  I heard recently that a reality t.v. actress had a mild heart attack and was rushed to the hospital clinging to life.  This same actress revealed that she’d been taken advantage of at an early age and was just beginning to seek counsel for it.  I don’t that the heart attack was related to this, I was just trying to give you an idea which actress I’m referring to.  I bring her up because if you see the way she communicates with everyone on the show you’ll see  that she seems to be a very angry person.  Once she revealed her past it all made sense, she taking out the rage she had towards her offender on everyone around her.  How many relationships or friendships do you think were ruined throughout her lifetime because of this.  When someone abuses a child they affect more than just that child, they affect an entire generation.

Thankfully there is an antidote. Talk about it!  Talking about it exposes the person doing it… they need help and so do you.  If you’ve experienced abuse in your past, please seek counsel as soon as you can, it will release you of a burden you were unjustly given to carry.

Seeing a therapist doesn’t make you crazy…not seeing one does.

30 responses to “Is child molestation a norm?”